A bit of history — the creation of Zigbee standard required a lot of effort, time and knowledge to construct. Dotdot is an alias for ZCLIP, which stands for Zigbee Cluster Library (ZCL) over IP. It is about exposing ZCL functionality to the IP world, in contrast to classic Zigbee that is always isolated from IP networks and requires a Zigbee gateway to connect Zigbee mesh with the outer world. This would become a bridge between IoT and other networks. Different manufacturers have Zigbee Gateway solutions mostly for connectivity of Zigbee network with cloud. 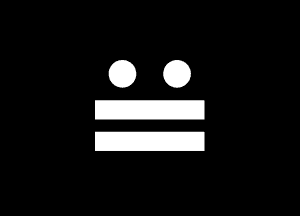 In classic Zigbee there are all instruments for organization, self-organization, restoring and stability of the network. Above all of this sits the Cluster Library, which calls functions allowing the clusters to communicate. Although, there is one short fall with this system - it cannot get online. With ZCL exposed to IP, it becomes possible to establish a direct communication channel between Internet/Intranet application and Dotdot device when border device remains transparent for and unaffected by the details of communication. The same way communication between Dotdot devices located on different networks is also possible under condition that device services are properly advertised across network borders or devices appear bound by means of a third-party application.

Dotdot is a standard that allows you to put ZCL on any “rails” other than Zigbee – WiFi, Thread, and so on.  This is an add-on for Zigbee.  An application level protocol that allows smart devices from closed networks (with addresses) to communicate more openly through the address space that is on the Internet and other networks.  It is important to not just reach the device itself, but also to address the command to a specific cluster within, and do so securely. 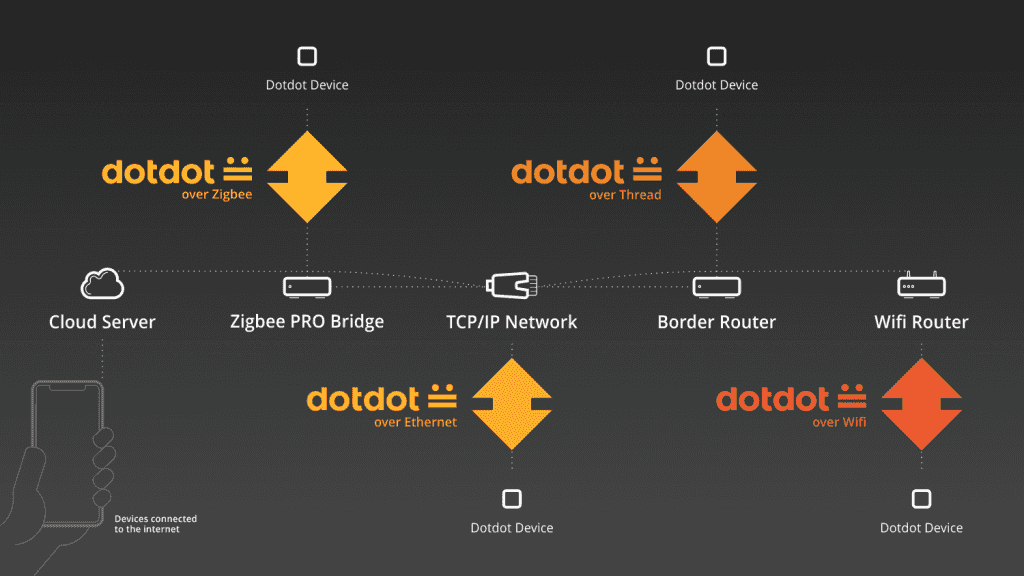 Figuratively, Dotdot receives commands in one language and translates them into a language understandable for smart devices.  This makes smart devices ecosystem more open.  Dotdot uses the Zigbee approach in ZCL and has extended it to other types of transports as well. The mesh built for some Dotdot solution deployments is not mandated to contain only Dotdot-compatible devices.

The Dotdot commissioning application was developed next to and based on Thread that was taken from the official Thread Commissioning App mostly as is, courtesy of the Thread Group. The application allows managing the expansion process of the Dotdot network. Seamless integration of the parts and stabilization of Thread for both mobile platforms was also performed.

This application allows third-party devices to enter, which is critical for maintaining network security.  The top layer works with Dotdot enabled devices over Thread. Thread is responsible for commissioning new Thread enabled devices to the home network and discovering devices that are already there. Dotdot makes use of device lists from Thread and as a result uncovers Dotdot enabled devices and their services. The system interrogates the device, finds what services and clusters are running, on which endpoint, and which commands support the device, allowing for a complete picture of the device’s capabilities.  Once this is completed, you are able to change the attributes and send commands from the application itself.  There are clusters, attributes, bindings and reporting.

Why Should Companies Implement Dotdot?

Speed. Abstraction. Interoperability. Dotdot provides the opportunity to create applications in a more flexible way. This is because Dotdot solutions use "generic" border routers that are standard, easy replaceable even at run time, and are not a "single point of failure." The same data model is provided for different IoT technologies, despite what protocols are used to send data (WiFi, BLE, Zigbee, Thread, and so on), this means there is a wider market for solution spread. You can create a wider IoT system where all the devices understand each other. This creates an easier entry point for companies to develop solutions and allows application developers to focus on the application and functionality, without delving into the underlying specifics of a particular wireless network.

How to Get Started